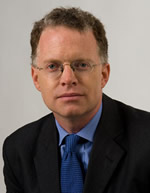 David Rohde is an author and investigative journalist for Thomson Reuters. While a reporter for The Christian Science Monitor, he won the Pulitzer Prize for International Reporting in 1996 for his coverage of the Srebrenica massacre. From July 2002 until December 2004, he was co-chief of The New York Times' South Asia bureau, based in New Delhi, India. He shared a second Pulitzer Prize for Times 2008 team coverage of Afghanistan and Pakistan.  While in Afghanistan, Rohde was kidnapped by members of the Taliban in November 2008, but managed to escape in June 2009 after seven months in captivity. 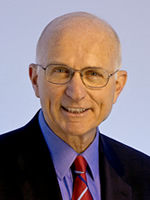 Lawrence J. Korb is a Senior Fellow at American Progress and Senior Advisor to the Center for Defense Information. Dr. Korb is also an adjunct professor of the Center for Security Studies at Georgetown University.   Dr. Lawrence Korb played a key role as Assistant Secretary of Defense between 1981 and 1985 where he was responsible for administering around 70 percent of the defense budget. For this work, he was awarded the Department of Defense’s medal for Distinguished Public Service.   Prior to joining the Center for American Progress, he was a Senior Fellow and Director of National Security Studies at the Council on Foreign Relations. 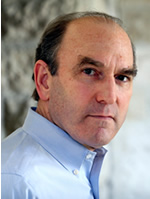 Israel and the U.S.  with Elliott Abrams

Elliott Abrams is senior fellow for Middle Eastern Studies at the Council on Foreign Relations in Washington, D.C.. His areas of expertise include U.S. policy in the Middle East and Israel-Palestinian affairs.  Abrams came to national prominence in the Reagan administration in the 1980s, where he was Assistant Secretary of State for Human Rights.  He went on to hold a number of foreign policy positions in the Bush administration, including Special Assistant to the President and Senior Director of the National Security Council for democracy, human rights, and international organizations.  He is the author of Tested by Zion: the Bush Administration and the Israeli-Palestinian Conflict (2013). 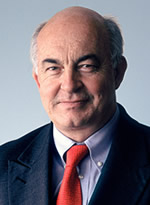 Kemal Derviş is vice president and director of Global Economy and Development at the Brookings Institution.  At Brookings, Derviş focuses his research on global economics, emerging markets, development and international institutions.   He held the position of Vice President of the World Bank for the Middle East and North Africa Region from 1996 until 2000.  He then went on to serve as the Minister of Economic Affairs and the Treasury of Turkey between 2001 and 2002., Derviş represented Istanbul as a member of the RPP in the Turkish Parliament from 2002 until 2005.  He was the Executive Head of the United Nations Development Programme (UNDP) from August 2005 until March 2009. 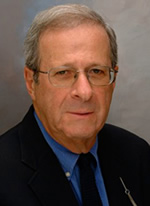 Ambassador Edward Marks is a Distinguished Non-Resident Fellow for Center on Global Counterterrorism Cooperation. The CGCC aims to foster partnerships on various levels, from the U.N. and regional organizations through to communities and governments and survivors of terrorism around the world.  Marks served in the U.S. Foreign Service for more than 40 years, mainly in Africa with assignments as an Ambassador to Guinea-Bissau and Cape Verde and with other diplomatic postings in Kenya, Congo (Zaire), and Zambia.  He also served the first chief of the Anti-Terrorism Assistance Program during his time as the U.S. Department of State Deputy Coordinator for Counter-Terrorism. 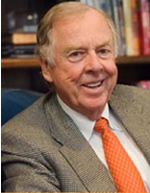 T. Boone Pickens is an oil and gas entrepreneur and the founder and chairman of the hedge fund BP Capital Management. In 2009, Pickens featured amongst Time magazine’s “Time 100, the World’s Most Influential People.”   Pickens’ autobiography, The First Billion Is the Hardest (2008), culminates in an outline of the “Pickens Plan” heralded by the billionaire to put the United States on the road to energy independence. Pickens’ self-funded $82 million grass-roots campaign aims to free America from its dependence on OPEC energy sources through replacing oil with natural gas as a transportation fuel, developing renewable energy sources and promoting energy efficiency. 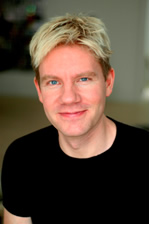 Food and Climate with Bjørn Lomborg 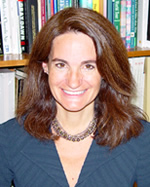 Dr. Elizabeth Economy is the C.V. Starr senior fellow and director for Asia studies at the Council on Foreign Relations. She writes about topics relating to China on CFR's Asia Program blog, Asia Unbound, such as Chinese domestic and foreign policy, U.S.-China relations and wider global environmental issues.  She is currently working on two books, one on the geopolitical implications of China’s rise and another with Michael Levi covering China’s global quest for resources. 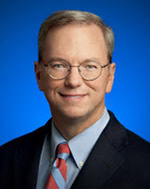 Eric Schmidt is an entrepreneur, internet strategist and technology developer who served as the CEO of Google Inc. for almost ten years. In 2011, he stepped into his current position as Executive Chairman, where he is responsible for developing Google’s external business relations as well as advising senior leadership.  Joining Google in 2001, Schmidt helped to grow the global technology giant from a Silicon Valley start-up. With Jared Cohen, Director of Google Ideas, Eric Schmidt wrote The New Digital Age: Reshaping the Future of People, Nations and Business, published in April 2013.