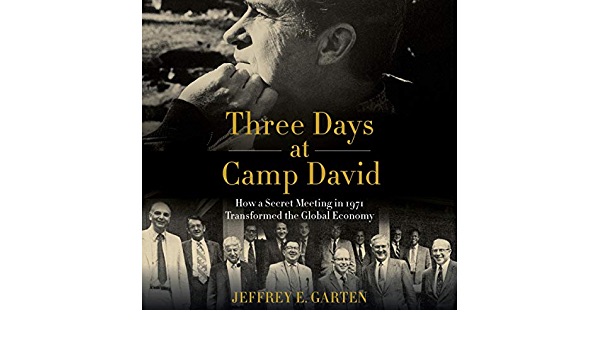 Please join Kenneth Jacobs, Chairman and CEO of Lazard Freres, and Jeffrey Garten, Dean Emeritus of the Yale School of Management, for a virtual discussion of Garten’s new book, Three Days at Camp David: How a Secret Meeting in 1971 Transformed the Global Economy. They will discuss how and why the Nixon administration severed the link between the dollar and gold during the weekend of August 13-15, 1971-fifty years ago this summer-and the political and economic reverberations for international finance and trade to this day. They will look ahead to the challenges the dollar may face in the years ahead from China, from digital and cryptocurrencies, from major distortions in the global economy in the post-pandemic era, and from political dysfunction in Washington itself.

In addition to running Lazard, a position he has held since 2009, Kenneth Jacobs is a Trustee of the University of Chicago and the Brookings Institution.

Jeffrey Garten teaches courses on the global economy at the Yale School of Management. He was undersecretary of commerce for international trade in the Clinton administration, and before that, a managing director of the Blackstone Group.

This event is co-sponsored by the Yale Club of New York: https://www.yaleclubnyc.org/