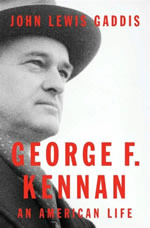 George F. Kennan, author of the famed Long Telegram and X Article, who, in verbalizing “containment,” defined U.S. relations towards the Soviet Union and the resulting decades of Cold War diplomacy. Kennan’s role in U.S. foreign policy was paramount, and despite his own frustrations with American policies, he remained an influential thinker throughout the century he helped define. John Lewis Gaddis, renowned as the foremost American Cold War historian, tackles the man and his ideas in the new epic biography, a project 30 years in the making. 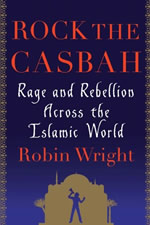 Rock the Casbah: Rage and Rebellion Across the Islamic World
by Robin Wright (Simon & Schuster 2011)

Rock the Casbah examines the current uprisings in the Arab world as part of a wider cultural movement, spearheaded by the youth generation in a reaction against not just autocratic rulers, but extremist, radical Islam, al Qaeda’s jihad. The movement is effectively a counter-jihad, rethinking Islam within modern society.  Career journalist Robin Wright interviewed the oft unknown pioneers of this new tide, including hip-hop musicians, female activists, comedians, and other artists. As Wright says, “When we look at this region, we tend to think of just the uprisings and the street demonstrations. And, in fact, what's happening is much deeper.” 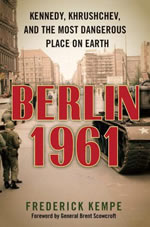 Berlin 1961: Kennedy, Khrushchev, and the Most Dangerous Place on Earth
by Frederick Kempe (Putnam 2011)

Berlin 1961 tells the story of a moment of crisis in international affairs by following the congruent histories of President John F. Kennedy and Soviet leader Nikita Khrushchev in the year leading up to the creation of the Berlin Wall. As East Germans were rapidly immigrating to West Berlin, Soviet power found its crucial outpost threatened, and U.S. and Soviet leaders danced around one of the defining crises of the century. Frederick Kempe, president and CEO of the Atlantic Council and former editor for the Wall Street Journal, describes how rulers' perceptions and miscalculations can be decisive in foreign policy. 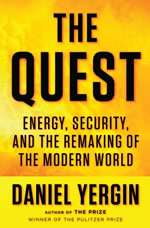 The Quest: Energy, Security and the Remaking of the Modern World
by Daniel Yergin (Penguin Press 2011)

The Quest, Daniel Yergin’s follow-up to his Pulitzer prize-winning The Prize, examines the interplay of political, economic and geologic forces that influence our present and future energy states. Oil, he argues, underlies this story. With historical analyses and contemporary debates, the scope of Yergin’s book ranges from discussions on peak oil, rising energy consumption by China, India and others, to the threat of nuclear Iran and  global warming.  Chairman of the influential Cambridge Energy Research Associates, Yergin brings a unique and authoritative perspective to a crucial topic. 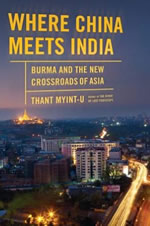 Best "Off the Radar" Subject:

Where China Meets India: Burma and the New Crossroads of Asia
by Thant Myint-U (Farrar, Straus and Giroux 2011)

Oft-ignored or misinterpreted in U.S. foreign policy, Burma, the Southeast Asian nation with around 60 million inhabitants and crucial energy resources, gets its fair analysis. In his new book, Thant outlines India and China’s gradual, and at times acute, efforts to gain influence and some level of control in the strategically important nation.  Part of this geopolitical power struggle includes a shift of support to Burma’s incumbent junta regime. Thant, a former UN official of Burmese decent, makes the argument that despite the little attention paid to the country by the West, Burma is poised at a unique crossroads between two rising world powers, and it would heed the international community to take note.