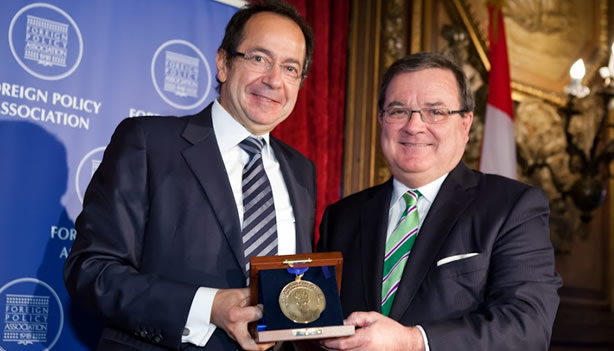 The Foreign Policy Association awarded the FPA Medal to the Honorable James Flaherty at a luncheon on Friday November 16th, 2012.